How Good is Yogananda's Kriya Yoga?

With so many Kriya Yoga paths and teachers crowding the world

yoga scene in the 21st century, it can be a little confusing for seekers who have been inspired by the promises and potential of this self-transformative science. Kriya Yoga enhances and fulfills every aspect of your personal and spiritual life.
You can be sure that Self-Realization Fellowship teachings are the true version of Yogananda's final Legacy for the world, Accurate in all publishing with a very complete Lessons course on Kriya Yoga Meditation from the great masters of India in this lineage.
He is the genuine Kriya Yoga Master! And more.
Someone has called Yogananda's Kriya yoga a "modified kriya." Such comments are political and unfounded. Anyone can teach  a variation of something that will make anything else appear "modified. "All the True value finally lies totally in the Results.
Yogananda Himself states, "the very same Kriya Yoga that I was taught by my Guru swami Sri Yukteswar, this is the Kriya Yoga I have given you." So unless you were there - you don't know differently! And some nonsense about sitting positions is silly.
Yogananda did actually make a minor change in how Kriya is
done as many outside of India were slightly misdirecting part of the process. This slight change was done only with permission from His predecessors.
One extra thing Yogananda created was the Energization Exercises [EE] that should be done daily. This is an amazing isometric system will enhance your practice of SRF Kriya Yoga. The EE is based entirely upon Yoga principles, needs no equipment, not calesthetics, and can be done anywhere. This is a great contribution to the methods of pranayam by Yogananda.

Be assured that if you are attracted to the teachings through the wisdom and divine love of Paramahansa Yogananda, it all comes with His personal blessings via Self-Realization Fellowship/YSS. They are one and the same. You will never need to look any further and SRF lessons will take you as far as you wish to go. From my own personal experience of many years - everything is right here [with SRF/YSS], including this Living Masters constant unfailing guidance/blessings, His writings and talks, His lessons.
The Home study Lessons come with personal ongoing counseling and initiations.

World Brotherhood Community - the Greatest one is YSS/Self-Realization Fellowship. This great world community consists of the the consciousness of all loyal attuned devotees who follow the master's teachings via SRF/YSS and stay in touch with His only organization in LA and India. By participating in Yogananda's SRF/YSS meditation centers and circles regularly your progress will be assured and greater. The great ones can help you more via this path which they initiated.

As Yogananda's Kriya yoga is taught by Self-Realization Fellowship contains all the necessary guidance, wisdom, inspiration and scientific Yoga techniques that you will ever need to reach the different levels of Samadhi and Self Realization (Salvation) /enlightenment/cosmic consciousness. Simply described often as contact with your inner and outer Reality - Brahman - God - Cosmic consciousness. Be sure to follow the lessons regularly and accurately. This path is for devotees mature enough to trust in His presence and light and love. You are never on your own!

Paramahansa Yogananda says in His Autobiography of a Yogi; "A master bestows the divine experience of cosmic consciousness when his disciple, by meditation, has strengthened his mind to a degree where the vast vistas would not overwhelm him. The experience can never be given through one's mere intellectual willingness or open- mindedness. Only adequate enlargement of consciousness by yoga practice and devotional bhakti can prepare the mind to absorb the liberating shock of omnipresence. It comes with a natural inevitability to the sincere devotee. His intense craving begins to pull at God with an irresistible force. "[the God referred to here is "That" Reality.]

Page 128, A/Y ©Self-Realization Fellowship Publishers, LA USA.
Note; From then on, the disciple no longer depends upon the master and repeats this experience at his own leisure. Only SRF Publishers edition shown here are complete and up to date. Don't rely on 1946.

How can we know that this is true? Try doing it properly and see the Results!
The life of Paramahansa Yogananda and His divine legacy
are ample proof of the efficacy and perfection of this
yoga science as He taught us. The many great saints produced
in this mystical path are also an amazing scientific testimony to
the effectiveness and promise of these teachings.

There are always a number of restless persons who,
not having followed instructions properly [listening]eventually
do not get the promised results, and are swayed by the
vain promises of certain other teachers to go elsewhere.
The case of the workman finding fault with his tools!
Then over time and personal growth as we age and learn,
that person will try something else and claim, now I
am getting more results. Actually,  they were getting results
from their residual effects of the past efforts made when
they were SRF devotees. And are now starting a new point.
After time goes by, they would see greater results from
taking up their SRF sadhana again.
Buddha was not a Buddhist - Buddha was a Yogi!

It is fairly well established at the time of writing of this
essay that Lahiri Mahasaya, who began introducing
the science of Kriya Yoga into India in the mid 19th
century did not teach it the same way to every single
devotee. He was a living Christ, who could see
each individuals personal needs and taught them accordingly.
So, beware of claims persons who say they have the "original"
Kriya Yoga - it is just a marketing gimmick to attract you.

But, you know, from what I have found out so far, there are
a number of "gurus" who are touting their knowledge and
brand of Kriya Yoga. Some persons have interviewed them
and found that what we call Kriya Yoga in SRF/YSS and this
lineage of Babaji is not fully known to them at all. So even though
they may impress you and let you be a teacher right away, even
though you can get the kriya instructions right away, even though
they may make so many grand claims about being original etc,
be assured - you don't always know what you are getting.

It is said by some that Lahiri Mahasaya also simplified
the teaching of this science to make it more adaptable to
a wider range of devotees, both swamis and householders.
This tradition was carried on by other Masters
down the succession line such as Swami Sri Yukteswar
and his chief disciple Paramahansa Yogananda.
Yogananda said that "the very same kriya yoga that
my Guru taught to me I have passed on to you."
Paramahansa Yogananda was especially chosen
and trained to disseminate His great spiritual
legacy based upon Kriya Yoga meditation to the world.
As a natural born teacher and a fully advanced Yoga master
He was [as history now attests] well suited to this task.
The only organization and representatives
He established to succeed Him are the
Self-Realization Fellowship/YSS, and the
duly elected president of His society.
There are no approved or recognized Gurus
succeeding Him anywhere. Any claims to the contrary
are false and opportunistic. Yogananda said that
only SRF ministers would be approved annually
to teach and initiate others into Kriya Yoga .

So, even though there are many others who
for various reasons, will attempt to claim
that they can give you the "real original
kriya yoga". I assure you that they probably
have no such knowledge.  This is one of
various claims lesser teachers will use to
attract followers. In the field of religion
there are a lot charlatans who want
wealth and celebrity status for themselves.
There are also some who are trying to work out their
narcissistic traumas by controlling the lives of others- they are no Gurus.
Seeker beware - "you will know them by their fruits."

As previously shown above, Lahiri Mahasaya
set the precedent for some creative individual
approaches for teaching kriya yoga [only for the
truly most advanced Gurus]. Yoganandaji
also did some minor rearrangements but teaches
all the important elements of Kriya Yoga science
exactly as it was handed down to Him from SY,
and now in the Self-Realization Lessons course.
You will need nothing else, as He also left a very
advanced teaching of all the major yoga methods.
He fully tested these teachings with his many
devotees, some of whom became great advanced
saints and are the proof that SRF Kriya works. 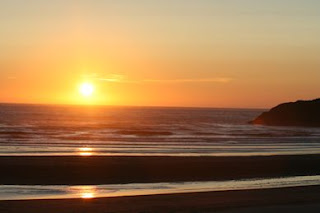 Because Yogananda reached cosmic consciousness long ago He is classified as a living guru, and even out of the body has been helping His loyal and faithful devotees ever since His passing, known as The Great Mahasamadhi.

He has left us this promise below, to which I
Personally testify is absolutely true in my own life, and from what I understand, also in the attuned lives of millions of other SRF members and friends of Yogananda.

"God has sent you to me, and I shall never fail you... "Even when I am gone my help will always be given to devotees all over the world, if they keep in tune. Never think for a moment that when I am physically absent from you all, I am not otherwise with you. I shall be just as deeply concerned for your spiritual welfare when I am no longer in the body as I am now. I shall always be watching over each one of you, and whenever a true devotee thinks of me in the silent depths of his soul, he will know that I am near."   Paramahansa Yogananda, quoted in the SRF calender, August, 1993.

Be sure to read the"Autobiography of a Yogi" with the orange cover. Now on Amazon Kindle at $1.99 only , look for the right publisher and get the most accurate up to date editions of Yogananda's works from "Self-Realization Fellowship Publishers, LA USA. All other editions are the ones Yogananda Himself considered flawed and other publishers selling these 1946 editions have little regard for the master wishes - He said, "I leave all my intellectual property to be controlled and published by Self-Realization fellowship only."
It has now been edited just the way the master wanted it!  The 1946 edition is also on kindle and is out of date, Yogananda himself began making many changes  until his demise. I trust the wisdom and loyalty of those SRF editors Master left in charge of this job. The orange covered SRF editions are the best. In them you will experience the Real living presence of Paramahansa Yogananda. Don't go for the 2nd rate 1946 editions the Master wanted changed! Don't begin your spiritual quest buying what may be bootlegged editions of the great spiritual classic.